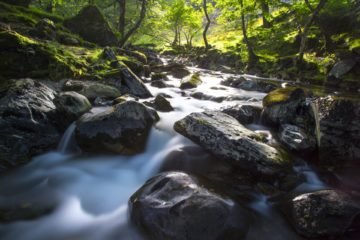 Call it a peace of mind tax. That’s what customers at higher-end grocery stores are willing to pay for food and beverage products they trust are healthier. They do not expect to drink unhealthy toxic bottled water filled with as many dangerous heavy metal pollutants as tap water.

While consumers may harbor doubts about the health of their tap water, they like to think bottled water is healthier. This apparently isn’t always the case: heavy metals like arsenic, which are lethal to humans in most amounts, are everywhere.

That information, first reported in April, 2019 after an investigation by Consumer Reports,  prompted the California-based Center for Environmental Health to do its own study, which  found levels of arsenic higher than the California-set Proposition 65 limit. That center has sent legal notices to both Whole Foods and Target to immediately recall the two types of alleged unhealthy toxic bottled water, and either remove arsenic from the two brands or put a consumer warning on the label.

Arsenic is a heavy metal toxic to humans

Arsenic is a naturally occurring element and a heavy metal, with an atomic weight about five times as dense as water. Like all heavy metals, it is toxic to humans in large amounts, and can pose significant risks even in smaller amounts. Over time, that toxicity can manifest in cancer, liver diseases and neurological problems. While natural disasters can increase the level of arsenic in the soil and atmosphere due to the shifting of rock, man-mind processes, such as coal plants and mining, generate enormous amounts of arsenic, which is emitted into the atmosphere and eventually settles into drinking water sources, creating unhealthy toxic bottled water and tap water

The high levels of arsenic in the two types of water at Whole Foods and Target water were first reported in June. The Consumer Reports investigation revealed that more than 2,000 cases of  Penafiel water had to be recalled after regulators found arsenic levels  higher than the 10 parts per billion threshold required in California by Prop. 65. ( In late June, Keurig Dr. Pepper announced it is withdrawing all Penafiel product for sale in the U.S. due to the high levels of arsenic.)

The levels of the Starkey Brand at Whole Foods were either just under or above the 10 ppb standard, but that is a level that some scientists believe is unhealthy if consumed regularly.

Bottled water regulation not as strict as tap

The other sobering part is the reminder of the presence of so many heavy metals in our atmosphere, soil, food and water. Arsenic isn’t the only metal that is found in water. Others include cadmium, chromium, copper, nickel, lead and mercury.  While some of those metals are released directly into water through sources from processes such as mining, most are indirect, as metals are released into the atmosphere and gradually settle into water, sinking into the sediment, where they can remain for years.

As the horror story in Flint Michigan proves, tap water can harbor many kinds of pollutants (aging pipes that release lead also are a factor), and obviously so can bottled water, wherever it is sourced from (bottles of Whole Foods’ Starkey water tout that it drawn from a geothermal  source two miles beneath the Earth’s surface).

Considering heavy metals, such as arsenic, are colorless and odorless, the need to be proactive and invest in either a water filter pitcher or a home water filtration system is a real one. But make sure that your filter uses reverse osmosis.

Another way to combat heavy metals in your body is to consider incorporating a nutritional supplement like Folium pX into your life. Filled with powerful antioxidants that boost the immune system as well as help the body flush out heavy metals, Folium pX can’t prevent heavy metals from entering your system and building to toxic levels, but it can help in purging these harmful substances.

No Responses to “Premium bottled water not immune to toxic metals”

*These statements have not been evaluated by the Food and Drug Administration. All claims made have been done after research and so forth but that you should always do your own research and consult a physician. This product is not intended to diagnose, treat, cure or prevent any disease. Results may vary.
Foliumpx © All Rights Reserved.2022