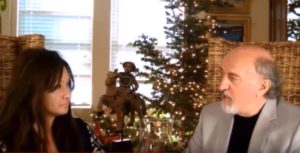 Babry Oren is a businessman with a conscious—and a heartfelt nature to bring a gift he discovered, what he calls the perfect blend of “science meeting nature,” to the market. It is Folium pX, a product Oren discovered on one of his frequent trips to his native land of Georgia, which was once part of the Soviet Union.

In 2005, Oren, who received his master’s in economics and spent most of his adult life in international oil and gas development, heard of an all-natural product that had been created by former Soviet Union scientists to help rid radioactivity from victims of the 1986 Chernobyl disaster. Intrigued, he met the owners and, in 2008, bought the product, Folium pX and has spent the last 15 years testing it, assembling a team of world-class trained scientists and educators, and bringing it to the public.

“This is not about the money,” says Mr. Oren. “The money will come. But that is not why I have spent all my time, every cent I own, every cent I’ve borrowed. It is because I truly believe that this product is something that every person on this planet could, and should, benefit from. And when it comes to helping mankind, what price can you put on it?”

Tweet
Share1
1 Shares
*These statements have not been evaluated by the Food and Drug Administration. All claims made have been done after research and so forth but that you should always do your own research and consult a physician. This product is not intended to diagnose, treat, cure or prevent any disease. Results may vary.
Foliumpx © All Rights Reserved.2021