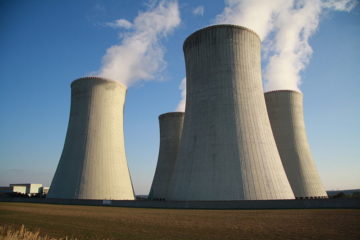 The HBO television mini-series “Chernobyl,” which premiered  May 6, 2019, and concluded June 3 was yet another critical and popular success hit for the subscription network. The historical drama about the April 1986 nuclear meltdown of the Chernobyl power plant in the former Soviet Union received a  96-approval rating on the Rotten Tomatoes reviewer aggregate site. Many prominent critics drew parallels between the disaster and contemporary society, both in terms of governments stifling the flow of information and the issue of nuclear energy safety.

Considering so many people watched, and will watch, the series, and it has generated a buzz, it would stand to reason that it would spark serious conversations about nuclear energy safety.

Well, that doesn’t seem to be the case. Instead of serving as a cautionary reminder of the inherent danger of using nuclear energy, the popularity of the show has actually generated   a spike in tourism at the long-closed plant,  with nearly 33 percent more people booking sightseeing tours that bring them as close to 300 meters of the steel container that covers the remnants of the faulty nuclear reactor.

The image of sightseers taking selfies at a site of a catastrophe that may ultimately claim 90,000 lives (that is an estimate by Greenpeace; United Nation agencies estimate the eventual toll at around 4,000) is bizarre, to say the least—just ask the show’s creators.

For what should be remembered is that Chernobyl wasn’t a TV show; it really happened, and nuclear disasters have happened since, most notably at Three Mile Island in the U.S. in 1979 and Japan’s Fukushima in 2011. And the issue of nuclear energy safety is more important today than ever.

Considering there are 450 working nuclear reactors that account for about 11 percent of the world’s energy-creating output, the possibility of another meltdown is very real.

The United States currently has 98 operating nuclear reactors in 30 states, and licenses have been granted to build 22 more, according to the website of the World Nuclear Association.

Even liberal California, where there is only one working reactor, near San Luis Opisobo, is at risk. For even when a plant is decommissioned, the waste remains at the property and there is danger of it leaking into the soil and atmosphere. For instance, the eight million people who currently live within a 50-mile radius of the San Onofre nuclear power plant,  which went off-line in 2012 could be living near radioactive waste until the year 2035 (that’s how long it could take to remove all the waste from the facility). It’s highly unlikely the two major fault lines that run near the reactor site will grant the courtesy of waiting until it’s all gone to begin trembling.

The real threat of radiation is not that someone will be exposed to a huge dose and die immediately; it’s the slow build-up over time. Just as the radiation used to fight cancer can do as much harm as good, the radiation from nuclear power plants, if it released in massive or even seemingly insignificant quantities, can lead to terrible sicknesses. That is why there is such wide disparity between the estimated numbers of those who may eventually die from Chernobyl’s radiation: it is impossible to predict the long-term exposure to even low levels of radiation. Those who live, work or even drive by nuclear reactors on a regular basis, even if shut down, are being exposed to radiation and while the level is considered safe by scientific experts, that is only one exposure. But compound that by weeks, months, years and decades and who knows how many future illnesses will be caused, or exacerbated by exposure to radiation?

That is why it’s important to realize that Chernobyl shouldn’t be something that we think of happening in the distant past, but a reminder that we are threatened in the present.  While an accident happening at a nuclear power plant and exposing us to radiation is something that is out of our hands, we do have the ability to monitor our radiation levels now and to lower them. Get your radiation levels tested,  along with toxic heavy metal levels, and if they are high, consider using a nutritional supplement such as Folium pX, an all-natural compound featuring super antioxidants that flushes radiation and other harmful substances from the body.

Because if you wait until you start feeling sick, whether it’s tomorrow or 20  years, it could be too late.

No Responses to “HBO’S Chernobyl Big Hit but Does it Miss Bigger Picture ?”

*These statements have not been evaluated by the Food and Drug Administration. All claims made have been done after research and so forth but that you should always do your own research and consult a physician. This product is not intended to diagnose, treat, cure or prevent any disease. Results may vary.
Foliumpx © All Rights Reserved.2023